Yesterday, I tried something totally and completely crazy. I went to school with ashes on my forehead. Yep, confused looks definitely floated my way, and some of my friends were genuinely concerned that I had a black smudge on my forehead. Oh my gosh, I thought you didn’t know! I was like, that would’ve been so embarrassing! Thanks guys. As the day went along, I got less conscious and it was kind of fun to tell people why I had my ashes. The majority of people knew what Ash Wednesday was, but there were some people who didn’t, so I had to explain that it’s a church thing, which transformed into an even more confused look. What I really wanted to do to those people was put my hands on their shoulders and look them straight in the eye, completely serious, and say, “Remember you are from ashes and to ashes you shall return.” But I tried my best to explain, hoping that maybe they’d give up and just Google ‘Ash Wednesday.’ Hopefully people were inspired by me though, and maybe even say I’m a bit insane, which is okay too.

The best comment of all was from my lovely friend Tanner. She said, “I saw you, and I have to be completely honest, the first thing I thought was…SIMBA.” So of course I broke out singing It’s the circle of liiiife!! as my friend Josh attempted to pick me up, like I was Simba. Technically, I was Simba for the day. (From the Lion King if you don’t know what I’m talking about, just in case 🙂
The Simba thing got me thinking though. On Ash Wednesday, all the Catholics around the world are a bunch of Simbas walking around. We’re Simbas on the streets, at school, at work, at Target. And we’re all singing the same song: “Oh I just can’t wait to be [with the] King!!!” No, we really can’t wait. All of our giving up, meatless meals, praying, and everything else we do during Lent are so that we can endure the wait by personally drawing ourselves closer to the King. Then at the end, the King comes at Easter, and the Simbas rejoice like never before. Jesus came alive again. He doesn’t love the Simbas because they’re good and always follow the fasting rules, He loves the Simbas because they are His image. His version of beautiful. And that takes my breath away. That’s what makes Lent a lovely time, not because of following rules of religion but because I carry with me the knowledge of a God who has conquered the world.
Maybe next year I’ll wear ashes to school again. Who knows, maybe someone I talked to will welcome Jesus into their heart because of my insanity. This Lent, I’m letting God take my breath away. And He’s already begun. 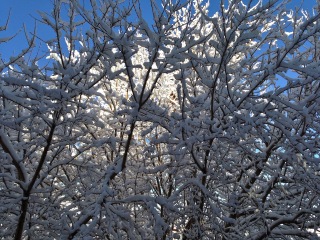 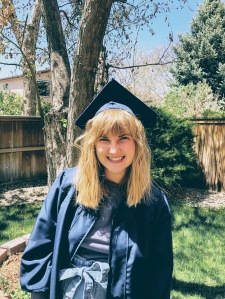